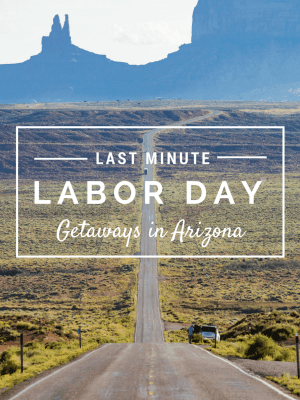 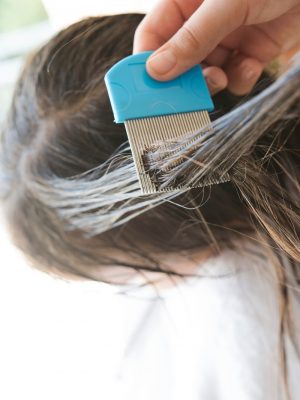 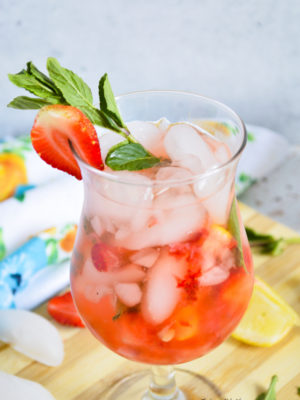 Whip up this delicious Cinnamon Toast Crunch Cake – it has the perfect amount of cinnamon crunchy sweetness to satisfy any craving! 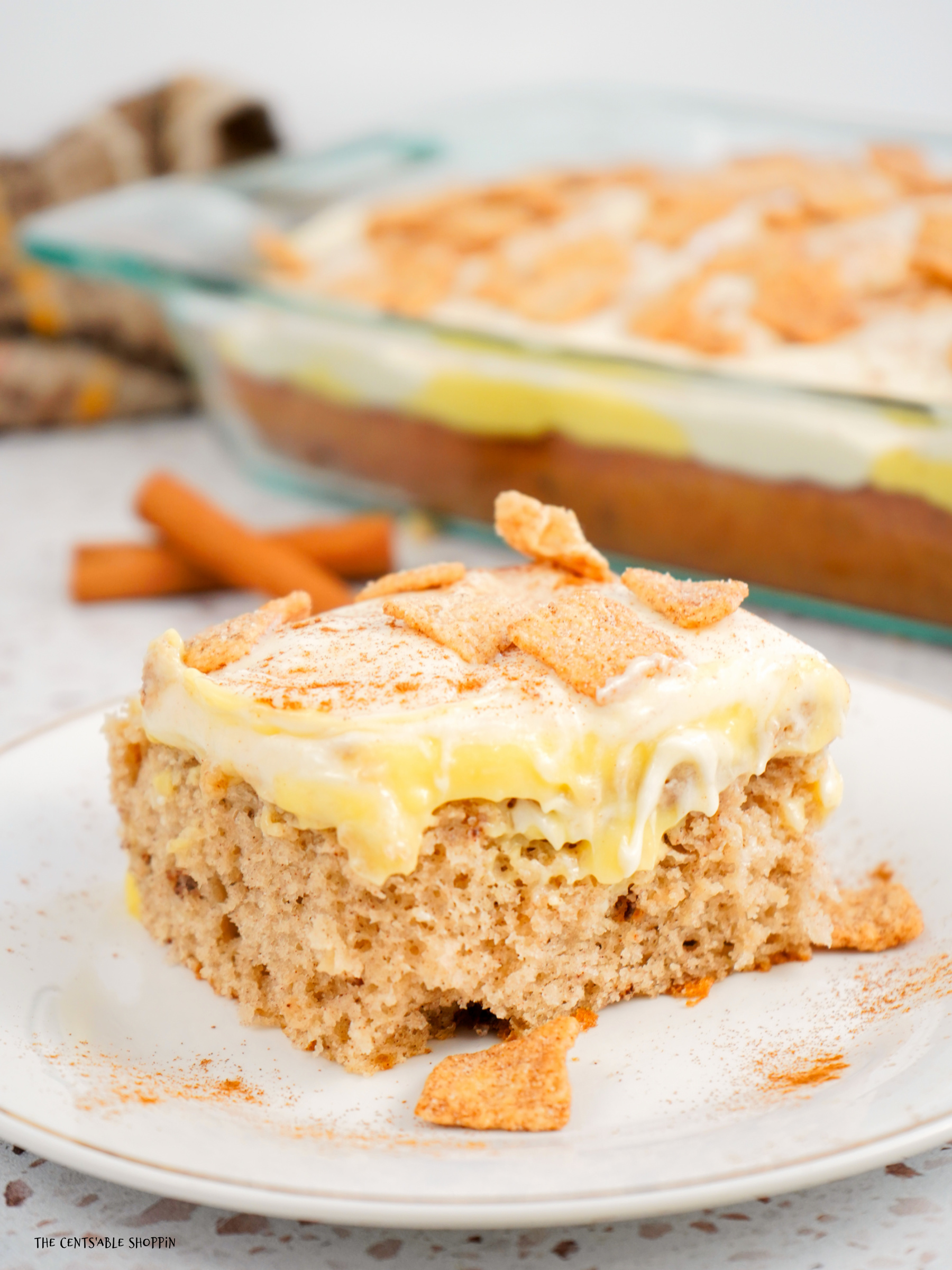 There’s sweet, there’s filling, there’s oat-y, there’s gluten-free…. they’ve even made your favorite Mexican “churro” into it’s own version of a cereal. And every so often, you might even see your favorite celebrity on the box. It’s hard to pick what cereal to buy when there are so many delicious options!

There’s one option, though… that certainly prevails among the rest. At least when it comes to my kids agreeing to agree on a cereal. 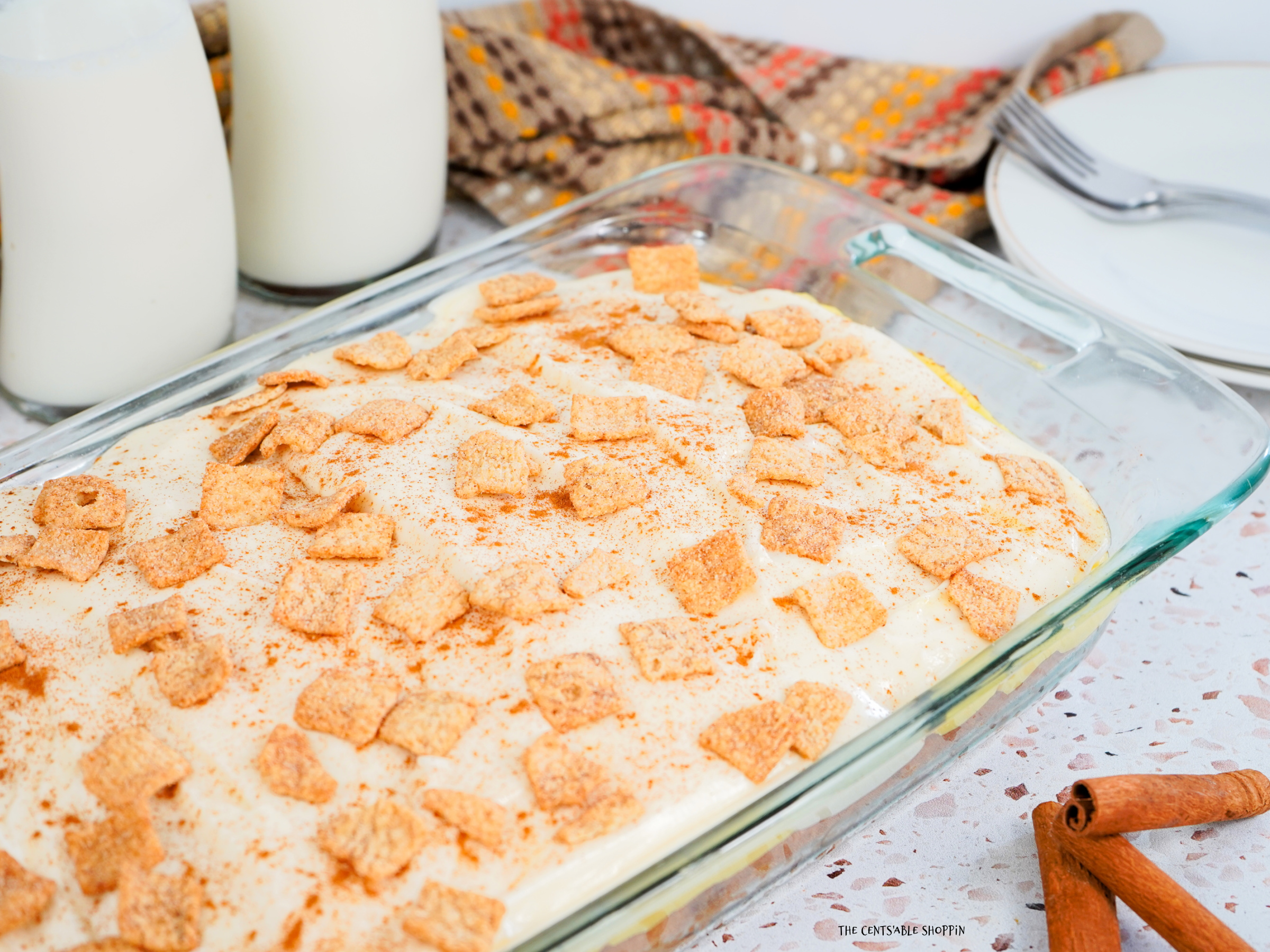 There are so many options with this cake – one thing is certain: you’ll be the hit of the party, no matter where you go. Certainly if you have been grocery shopping lately, you have seen the NEW Cinnamon Toast Crunch Cake Mix. It’s front and center in the cake mix aisle – a beautiful shiny box that’s desperate to grab your attention [buy me… buy me!]

I couldn’t resist picking it up so I could make something amazing with it. I mean, who doesn’t love the flavors of warm sugar and cinnamon wrapped in a yummy cake? 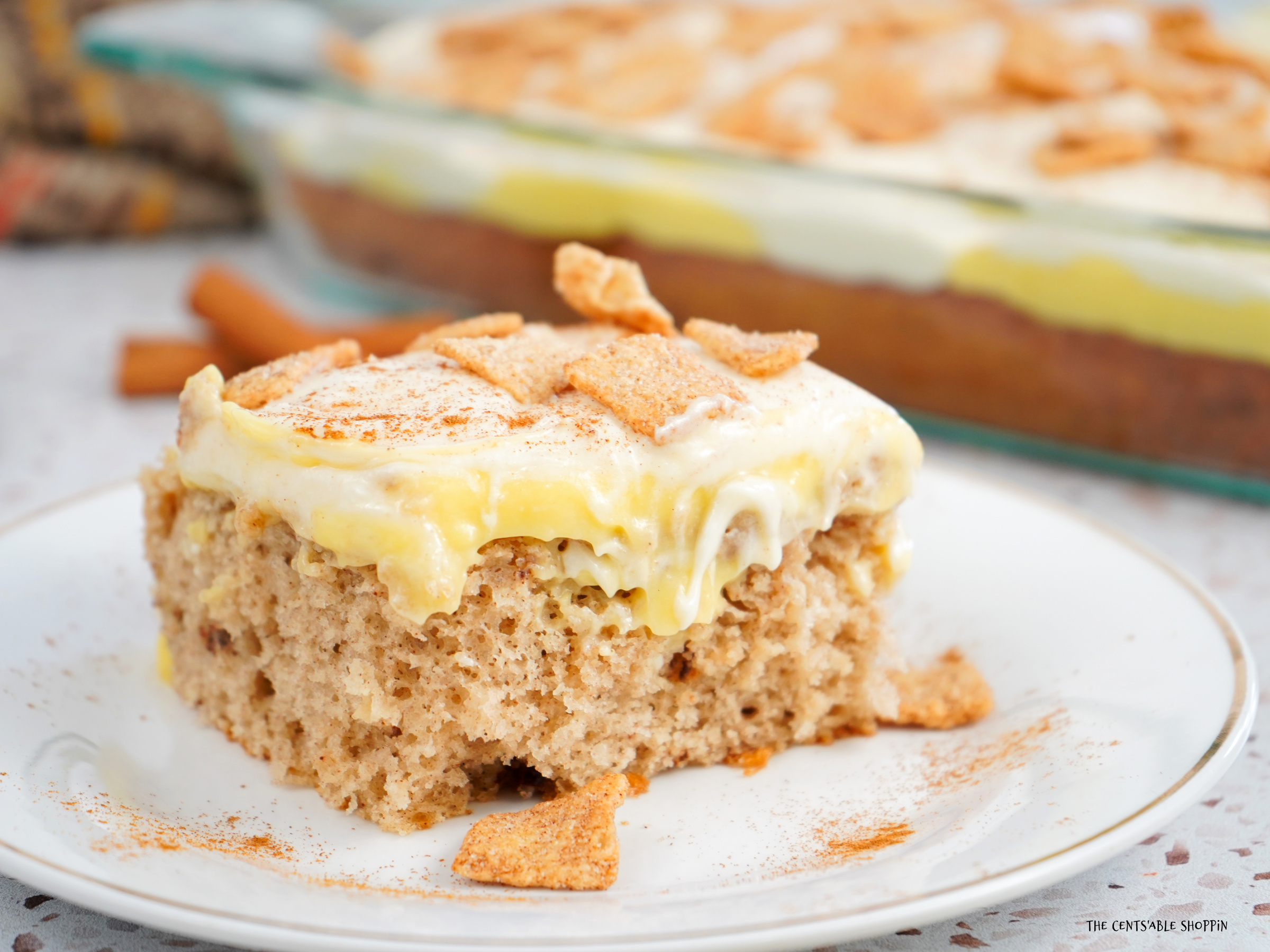 The end result is an absolutely delicious (did I say addictive??!) cake that everyone will jump at the opportunity to eat. Give it a try – I know you’ll love it as much as we did!

Did you make this recipe for Cinnamon Toast Crunch Cake? If you did, please take a second to rate the recipe and leave a comment – I’d love to know how the cake turned out for you! 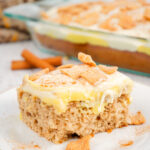