Deliciously rich, decadent Sea Salted Caramel Smoked Cheesecake, made on your smoker instead of in a regular household oven – it turns out fabulous! 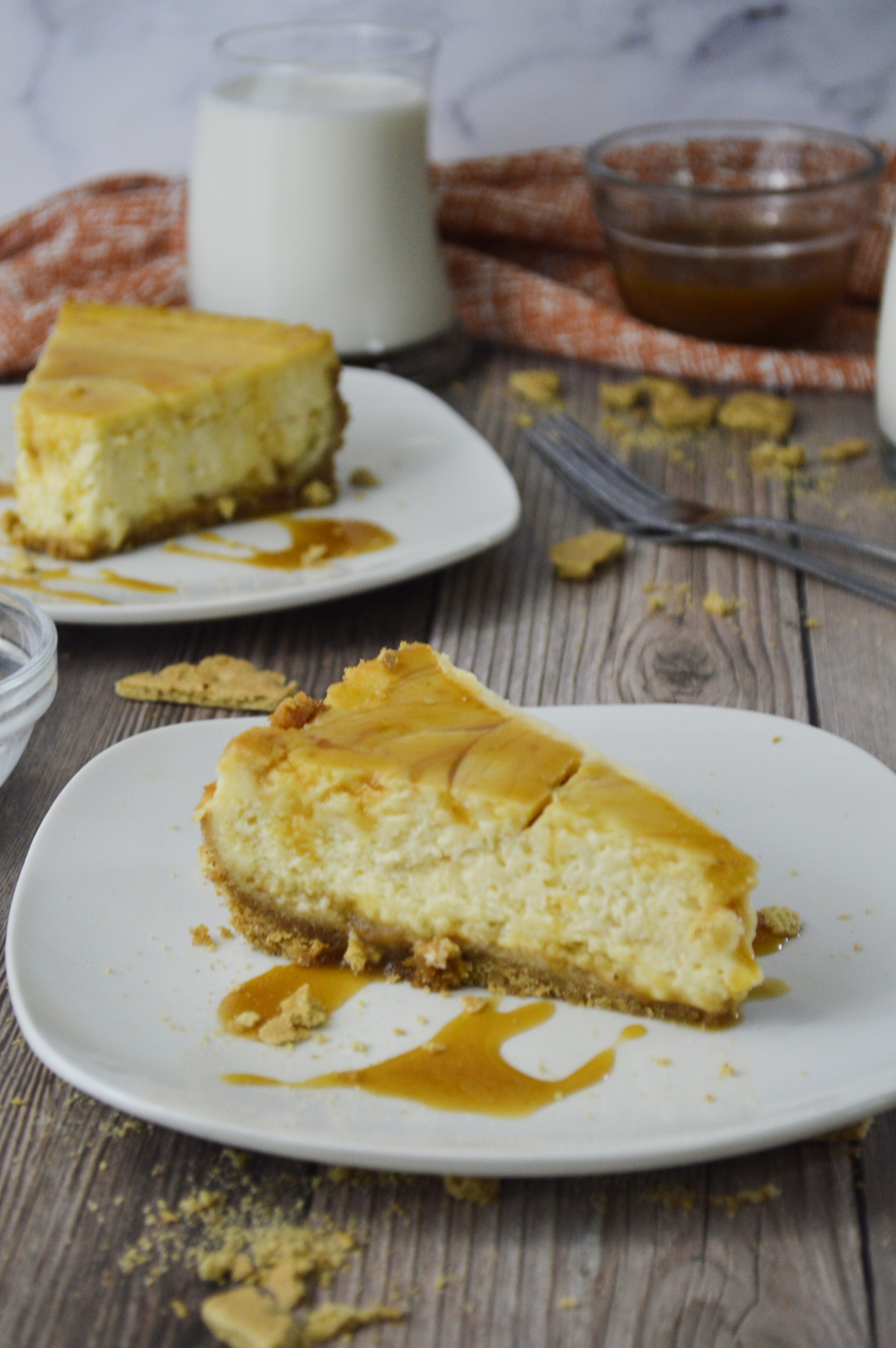 Have you ever considered making cheesecake on the grill? If not, it’s time to give it some thought. Some people may say something to the effect of “why in the world would you put cheesecake in a smoker?”

Here in Phoenix, the hot summer heat starts rolling into town by end March. Since we’re now in May, temps are here to stay – upper 90’s and even triple digits are a daily occurrence. Folks who live here go to great lengths to keep the house cool as possible during the day, which includes avoiding the use of the oven.

Sure, you can make cheesecake via your Instant Pot, we’ve done quite a bit:

Doing cheesecake on the smoker is a whole ‘nother level of coolness – not to mention it keeps the house in check during the summer heat! 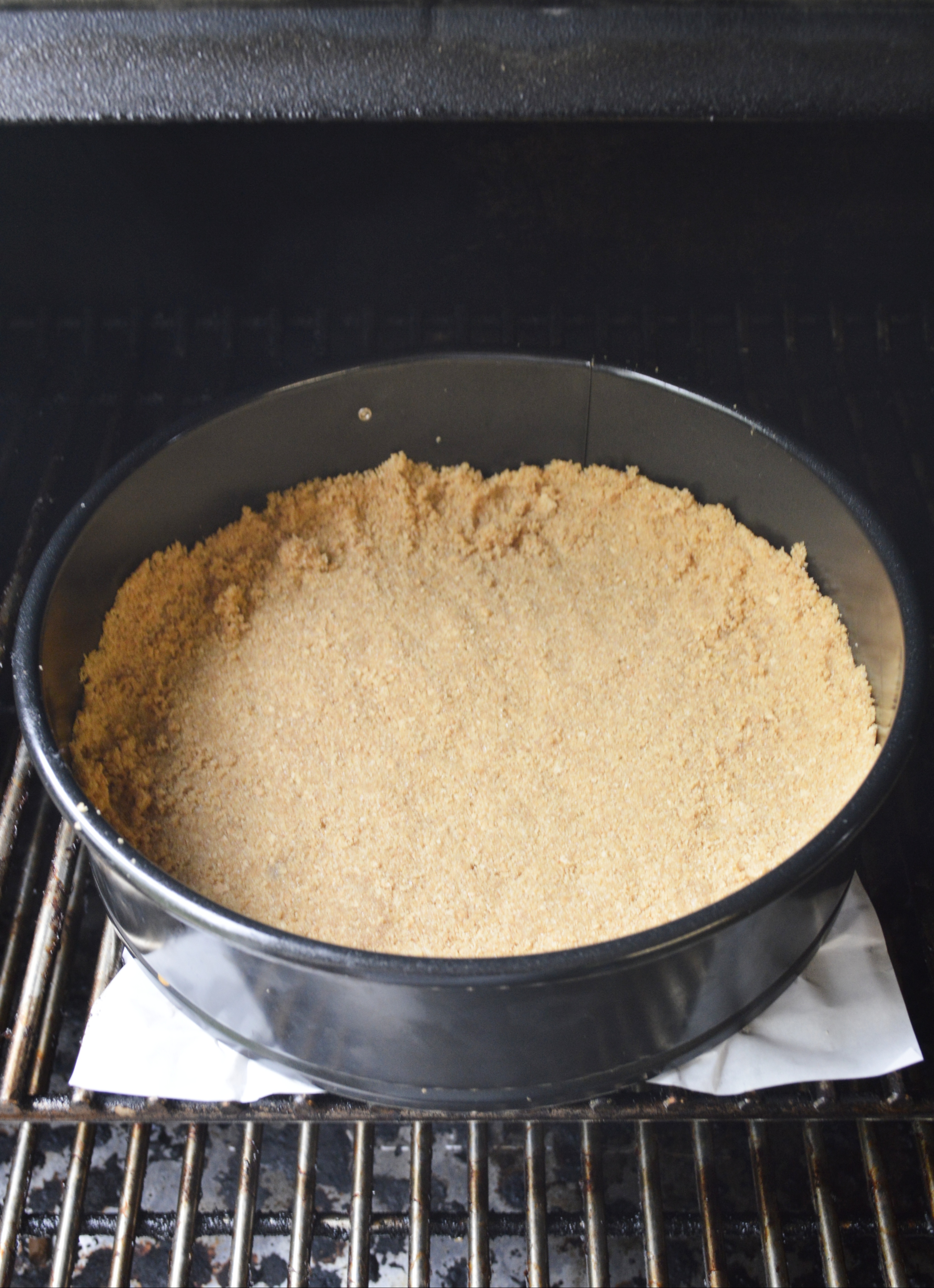 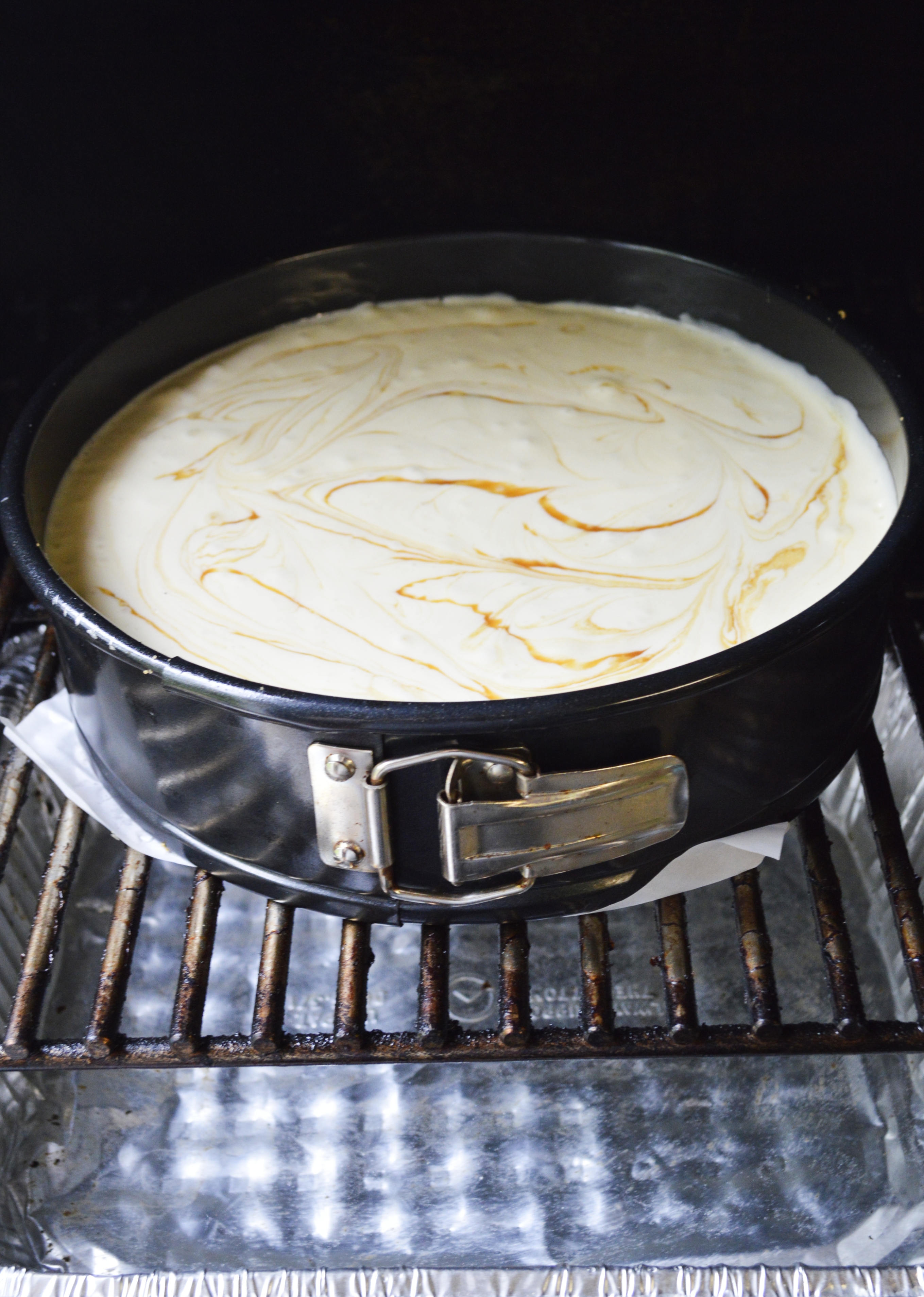 This sea salt caramel smoked cheesecake starts with the traditional graham cracker crust, placed in an easy to use bundt pan. 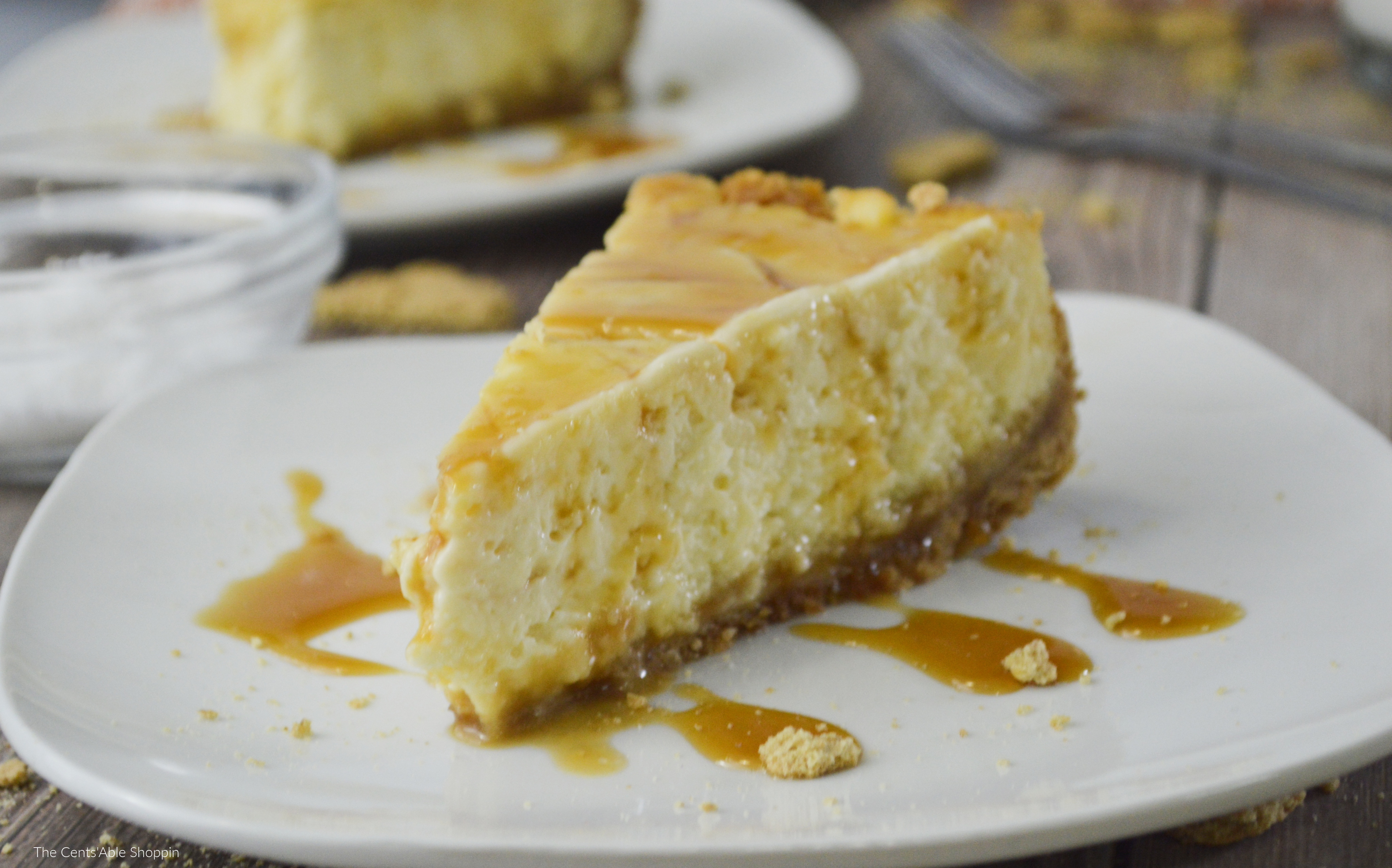 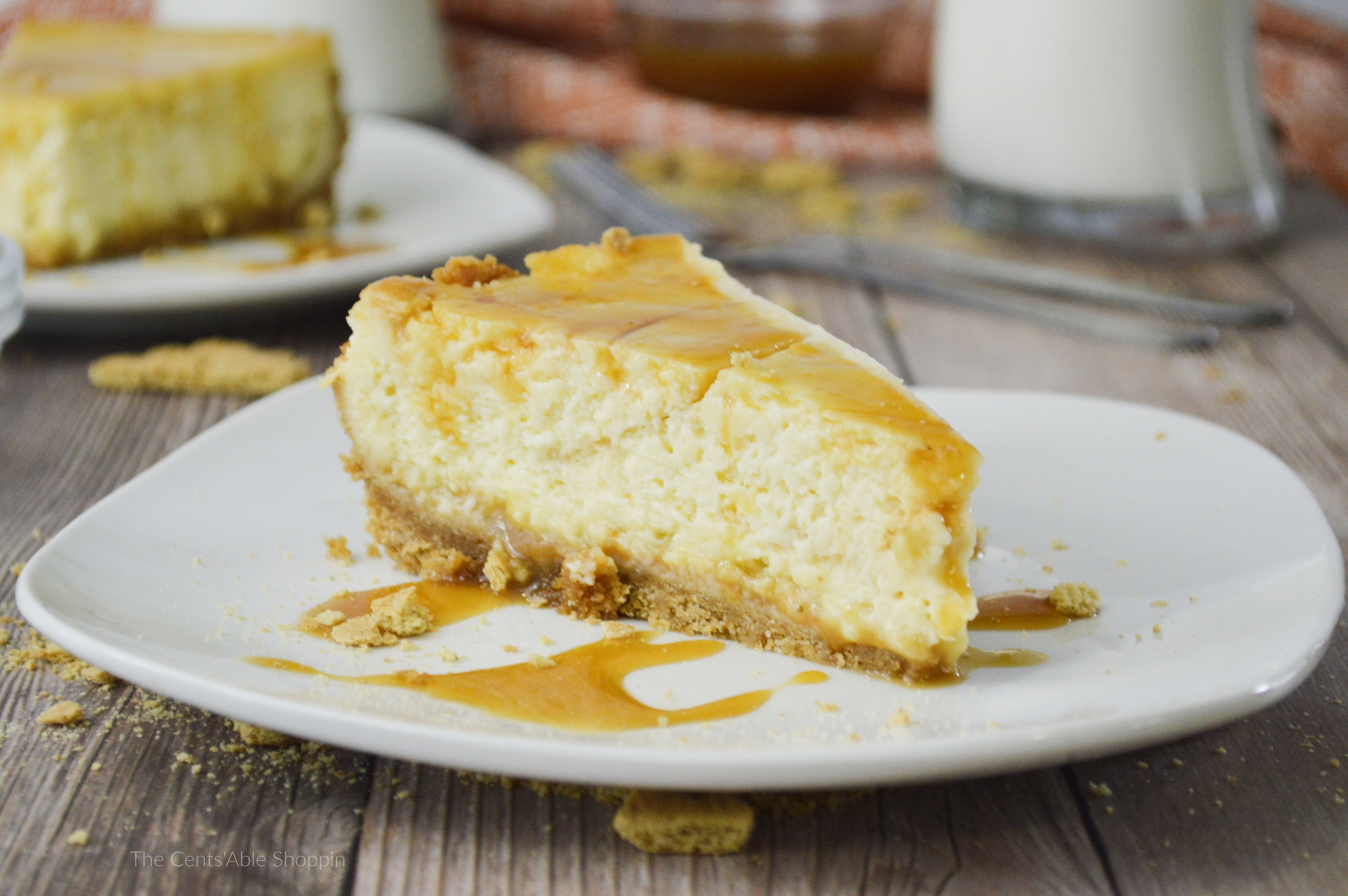 The cheesecake will jiggle a bit in the middle after 90 minutes. Carefully remove from the smoker and allow the cheesecake to come to room temperature before refrigerating.

Remove and run a butter knife along edges of cheesecake to help prevent cracking as the cheesecake sets.  Remove from the springform pan and slice the cheesecake to serve. Go wild – drizzle that cheesecake with even more caramel as you platter it for friends and family.

Have you ever attempted to make cheesecake on a smoker? 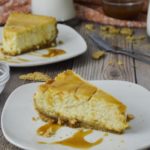 Check out these other recipes you can make on your smoker: