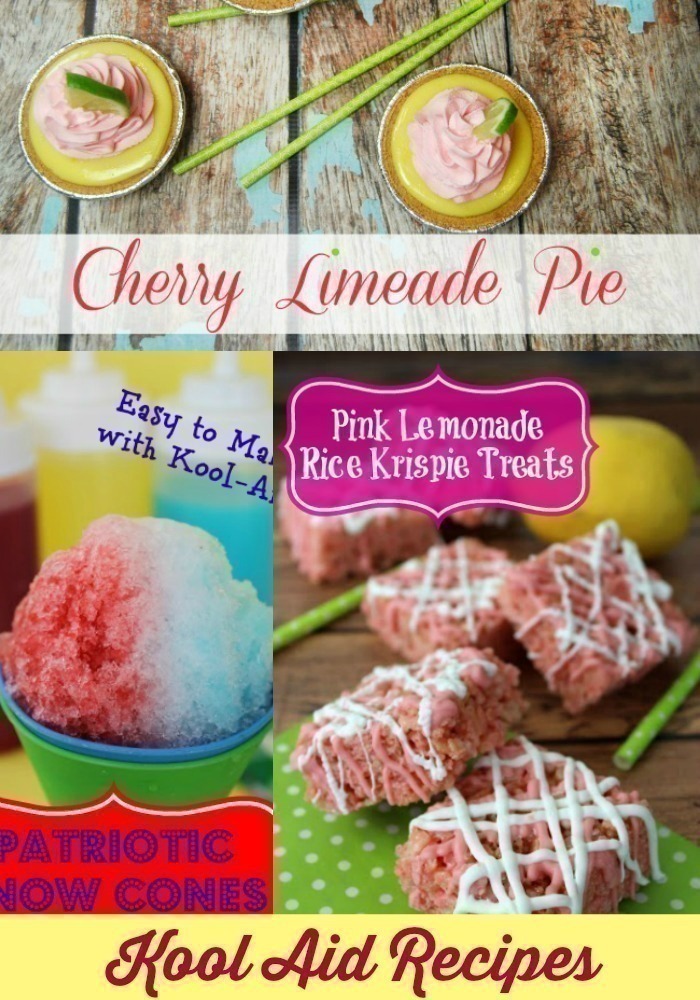 This week we are picking up some GREAT deals on Kool Aid – Canisters are $.38 at Fry’s. Packets are just $.20.

While the canisters are pre-sweetened, the packets are not – you can take advantage of stocking up if you buy Kool Aid for your kids. It actually works well for baking – not to mention summer is right around the corner and your kids will be home SOON for the ENTIRE summer!

Here are several recipes that make use of Kool Aid – we also want to mention that the $.99 store has Kool Aid Beverage Enhancer in liquid form for $.99 – MUCH cheaper than paying $2.78 at Walmart.

(Should you make this, check your $.99 store – they carry the Kool Aid Beverage Enhancer for just $.99 – and it’s much cheaper than Walmart!)

Don’t forget that Kool Aid works great to clean your dishwasher too – you’ll want to use the packets of Lemon Kool Aid for that, see more in our last post!