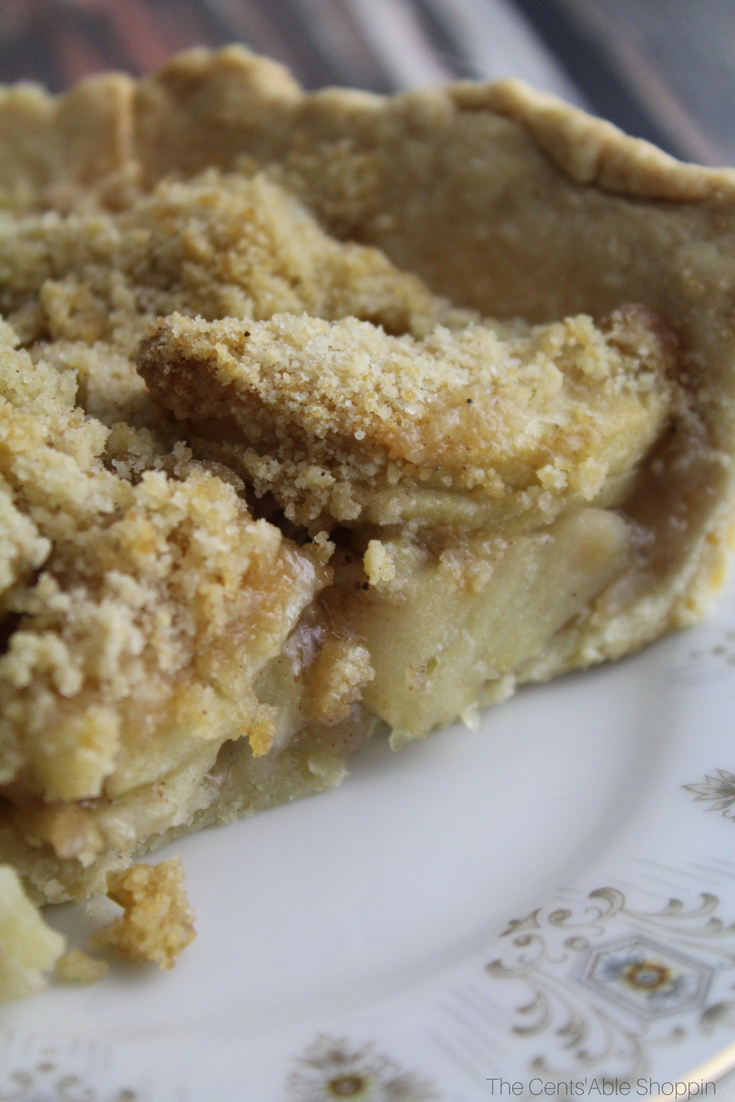 It’s fall, and fall isn’t complete without apple pie – apple pie can come in many varieties too. There is traditional apple pie (yum!) and even Hatch Chile Apple Pie (double yum!!!)

But this… this pie might just be even better than both of those combined.

This is one of the best apple pies and it definitely tops the cake when served up at the holidays – including Thanksgiving. Instead of making two crusts for the top and bottom as in traditional apple pie, you’ll only make one.

Instead of topping the pie with that second crust, you’ll actually top with a mixture of brown and white sugar, flour and butter to make a nice crumbly dutch crumb that smothers the juicy apples within the pie and makes it irresistible to enjoy with a dollop of whip cream and a scoop or two of ice cream. 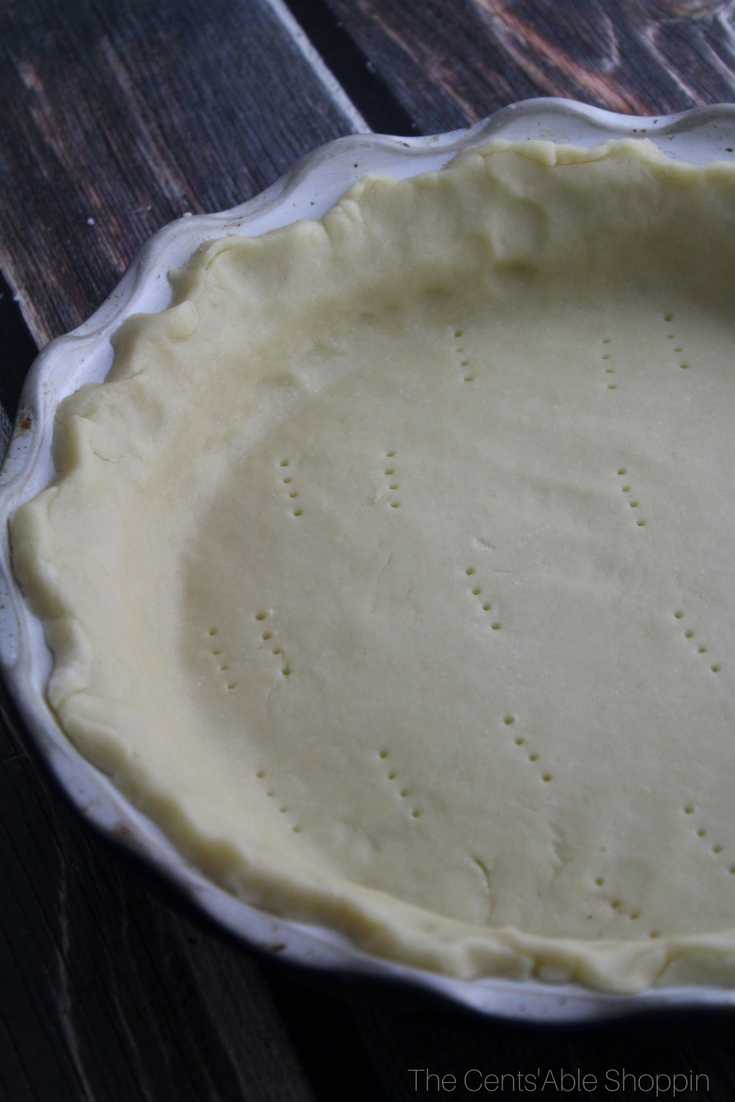 We started with making our crust with just flour, water, salt and butter – of course, you can use a pre-made crust but we love to make our own.

The trick to making the best crust is cutting cold butter into flour and salt, and then adding just enough ice cold water to bring the dough together. Roll it out on a generously floured surface and lay in your pie plate.

We poke the crust with the tines of a fork to allow it to cook evenly, and then we prepare the filling. 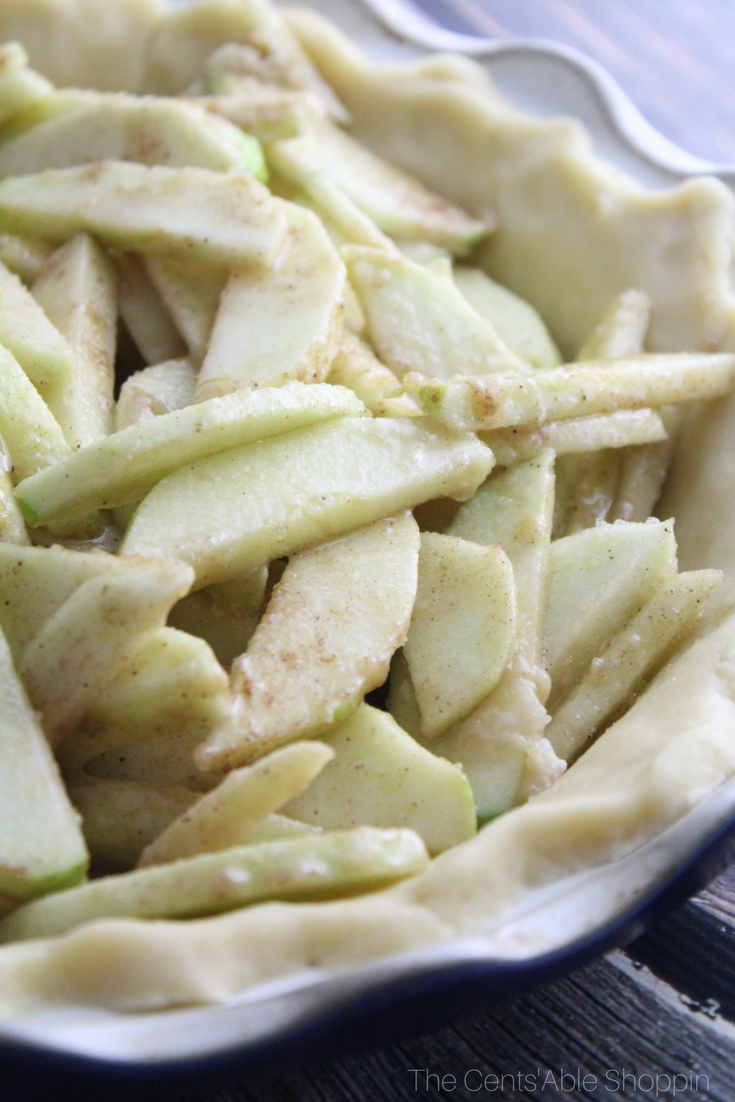 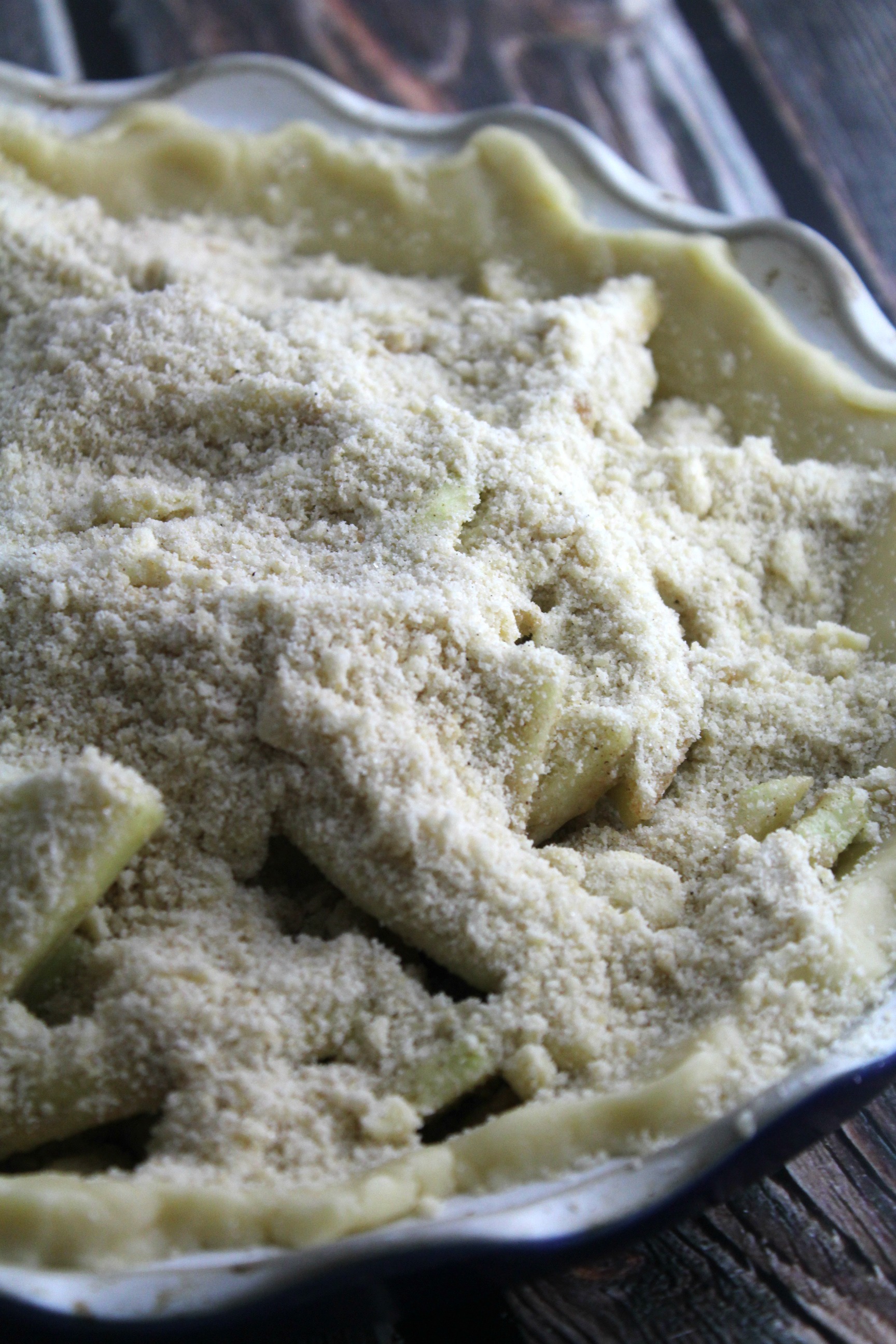 Peel the apples, then slice and add to a large bowl along with the juice of a lemon, brown sugar, white sugar, flour, nutmeg and cinnamon.  Pour the filling into the pie plate and then sprinkle with your crumb topping before baking in a 350 degree oven for 45-50 minutes (or until cooked through).

Serve it with some yummy vanilla ice cream or whip cream (or, hey – why not both??) and enjoy!

Cooler fall weather is not complete without apple pie - this Dutch Apple Pie is one of the best you will ever eat!