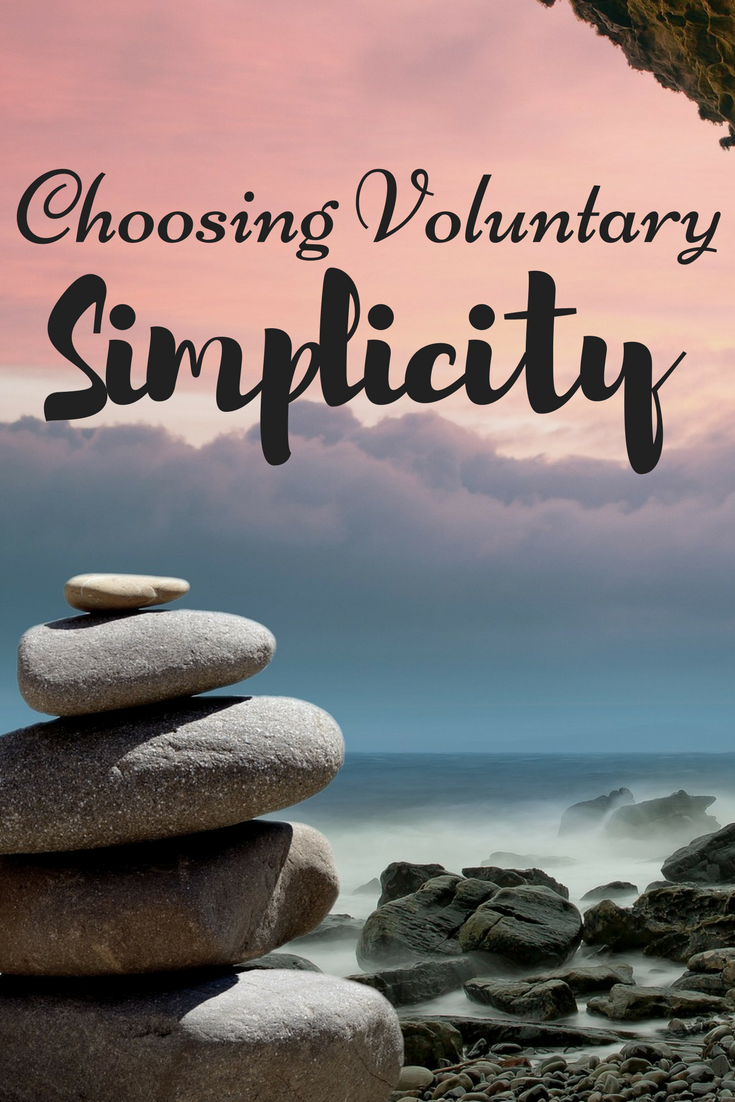 Though those things are sometimes what we end up with, I don’t really think that’s the life that most of us are intentionally pursuing – but then again, perhaps some are. One can never be too certain.

If anything, those things  – whether new clothes, the latest electronic gadgets, a super gigantic house, and even beautiful furniture, are a type of temporary happiness that we fall into.  They may be things we buy with the money we earn, but for the most part, I think they are things that we buy to make ourselves feel better about the job we love to hate or the relationship we wish we had.  In other words.. they are a means to happiness that we can’t seem to get elsewhere.

A life based on acquiring all of those things can actually be a pretty empty one when you realize that all of those material things still don’t make you a very happy person.

Eventually, you realize this, and you resort to going back out to find more things to buy, and the cycle continues – a temporary happiness, fueled by constant purchases seems to make you feel better on a daily basis. This may be one of the biggest reasons why American households carry so much personal debt.  We are, for the most part, a country of Americans that are overweight and largely in debt – because we are emotionally unbalanced; we look to food and money for a short-term fix.

But they really aren’t fixing much at all.

Over the last year, we have seen the opposite extreme of this mindset as people approach the idea that less stuff equates to a greater happiness. While we have some that believe that one can be happy with new purchases, we have others that are convinced that by ridding themselves of material possessions we can find more peace – perhaps a different and more fulfilling form of happiness.

But that can be tricky too — because getting rid of too much can be a miserable deal, too.  So while the concept of minimalism seems to be the solution, it may not be the solution for everyone.  Both ideologies put far too much importance on things.

You can also be miserable, living in a small home, owning next to nothing.
Just like you can be miserable living in a gigantic mansion having everything at your disposal.

Contentment isn’t the result of owning less stuff – inner satisfaction comes from relationships and emotional fulfillment.  And sometimes, the only way to find out what is important in your life is to get rid of everything that isn’t.

As we approach the new year, many of us will take great strides in reducing clutter and organizing our homes – in fact, it’s something I have been working on for the last few weeks. From closet to kitchen cabinets, office, toys.. the purge has been on-going. It’s definitely a great feeling to have some extra space, and an even better feeling to know that you are reducing clutter.

There are some great reasons for decluttering, and I think it’s all something we strive to do more.  If we are constantly purging, just to purge, we are just as guilty as those who are excessively shopping – because the focus on stuff is just as apparent.

If anything, at least I hope that through the purging, we come to the realization that we have to make a commitment – not just to own less, but to want less. To not feel the urge to shop, even when the sales are at their best… to learn how to be content with what we have, instead of looking outward for something to fulfill that void.  One simple change can lead to many others – that ripple effect is pretty powerful.   The way I see it, surrounding yourself with the things that you love and the things that make you happy is the key to being happy (from a possessions standpoint).

Instead of purging everything in an attempt to approach a minimalist life, we should instead get rid of the things that don’t help us enjoy life. Keep the things that make us happy – that can mean owning better, or fewer. Owning more and more just for the sake of buying will not bring you fulfillment. But getting rid of everything you own won’t either.

If anything, we must choose voluntary simplicity – keep those things that we feel are detrimental to our happiness, and rid our lives of those that don’t bring us true happiness.   Determine what is important to you and your immediate family and discard the rest.

Over 20 Mother Daughter Date Night Ideas
Where to See Fall Leaves Change Color in Arizona
How to Make Butter
Does our Car Define our Success?